The NATS Alaska Chapter is proud to offer scholarships to students through our yearly competitions.
​We celebrate the history of our chapter with scholarships in honor of our beloved past members & students. 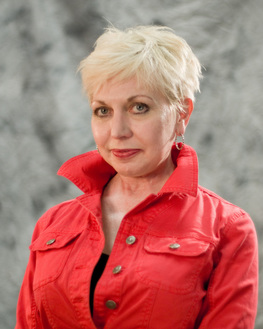 JANET STOTTS, Director, earned her Bachelor of Arts cum laude in Vocal Music Education at St. Olaf College in Northfield, Minnesota.  Her graduate work in Early Childhood Music and Choral Music was done at BYU, Dominican College and with the Robert Shaw Workshop in New York.  Janet served as clinician, adjudicator and guest conductor for several regional, state and national events.  In addition to her work with Alaska Children's Choir, Janet taught private voice and piano lessons and conducted a preschool music program, Exploring Music in her Wasilla studio.  She served as Music director for several Valley Performing Arts productions.

﻿"I believe it was in September of 1984 that the six voice teachers in Anchorage held a meeting to investigate applying for a NATS Chapter in Alaska.  Lois Cepparo spearheaded the effort and got us all together.  Lois was already a National NATS member who had just relocated to Anchorage from Los Angeles in 1979 or 1980.  The founding members were Lois, Janet Stotts, Kathryn Chenoweth, Ora Lee Kapp, Mickey Belden and I.  Lois was the only official member and she sponsored all our applications for National membership.  By December of 1984, we were all official NATS members and the request to establish an Alaskan chapter was approved.

We met the week between Christmas and New Year's (1984) to elect officers and hold our first meeting.  Lois Cepparo was President,  Ora Lee Kapp was Vice President, Janet Stotts was Secretary, Michael More was Treasurer,  Mickey Beldon was Historian and Kathryn Chenoweth was a Director, which covered all remaining miscellaneous duties.  I drafted a set of By Laws based on the National format and we established a monthly meeting schedule.
Our first order of business was to plan a Spring Competition.  Our first competition had 7 contestants, was held in a Methodist Church on Tudor Rd, and the prize money totaled $175 ($100, $50 and $25)!   It wasn't much more than that for several years.  We sought donations from individuals and businesses in Anchorage to sponsor prize money."


Janet held several positions on the board of NATS Alaska, including Vice President and Secretary.  She was chiefly responsible for coordinating the annual Youth Competition.  Her students consistently placed in our competitions.

Janet passed away at her home on April 26, 2015.  She will live on in our hearts, our music, her students and our memories.