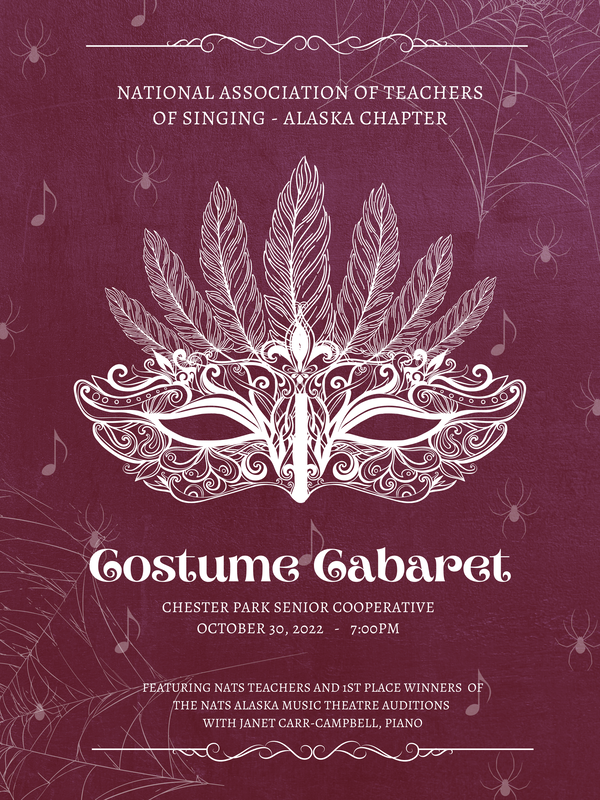 Get a chance to see all our fabulous student singers in action!  Congratulations to the winners of the 2021 NATS Music Theatre Auditions! 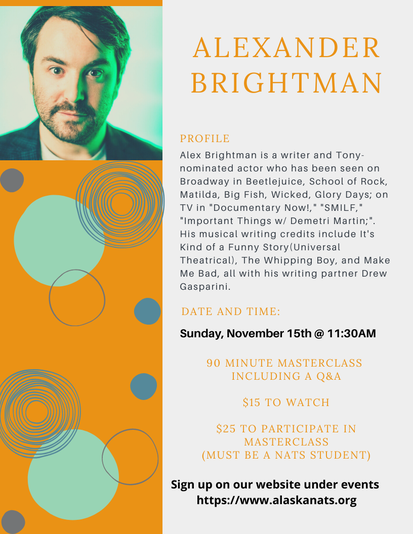 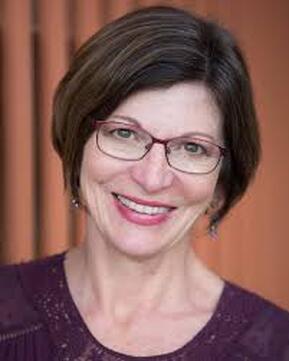 NATS Alaska is eager to host acclaimed vocal pedagogue, Rachel Michelberg, as our guest adjudicator and clinician for the 2019 Music Theatre Competition! She will be leading workshops on Musical Theatre Song Interpretation and Mix/Belting Technique.

Rachel Michelberg is a professional singer and voice teacher located in Los Altos Hills, California. A native of the San Francisco Bay Area, she holds a Bachelor of Music degree in Voice Performance from San Jose State University and has more than 30 years of experience teaching and performing in various capacities. 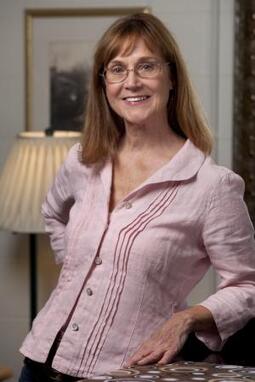 NATS Alaska is excited to host Mary Saunders-Barton as a guest adjudicator at the 2017 Music Theatre Auditions on October 7, 2017.  Mary will also present a master class on Sunday, October 8 at the UAA Fine Arts Building, time TBD.  All events open to the public!

Mary Saunders-Barton is a Cum Laude/Phi Beta Kappa graduate of Mount Holyoke College with a Masters Degree from Middlebury College and the Sorbonne, Paris. While in Paris, she studied with Pierre Bernac and received a diploma from the Ecole Normale de Musique.  She is currently Professor of Voice at Penn State University where she serves as Head of Voice Instruction for the Bachelor of Fine Arts in Musical Theater and Program Head for the MFA in Vocal Pedagogy for Musical Theatre. Previously she was on the BFA Musical Theater faculty at the Hartt School of Music in Hartford, Connecticut. Mary's performing career includes Broadway, off-Broadway, regional, film and television credits. Her first one-woman show, Stop, Time played to sell-out houses in New York City. In addition to her university teaching, Mary maintains a studio in Manhattan for professional performers.

Mary is frequently invited to present her workshop seminar Bel Canto Can Belto for convocations of singers and teachers of singing in the U.S. and Europe. She has presented workshops and master classes for the National Association of Teachers of Singing (NATS), the National Opera Association (NOA), the Voice Foundation Symposium and for musical theatre programs at colleges and universities in the United States and abroad. She has been on the voice faculty of the Intermezzo Young Artists program in Bruges, Belgium and was a presenter at the international Congress “Broadway und der Ruhr” in Dortmund, Germany. Mary was the keynote musical theatre speaker at the 2013 International Congress of Voice Teachers in Brisbane, Australia. Recently, she was a master teacher for the 2014 NATS Intern Program at Ohio State University. 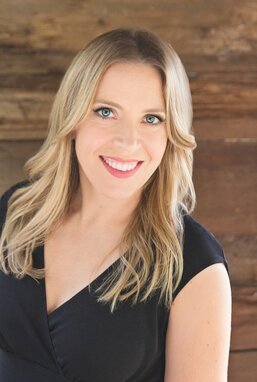 ​NATS Alaska is excited to host Erin Guinup as guest adjudicator and clinician for the 2017 NATS Alaska Classical Student Auditions on February 25.  Erin will present a master class on Sunday, February 26, at the UAA Fine Arts Building - open to the public!  $5 per person, UAA students FREE

Erin Guinup is a performer, conductor, voice teacher and music advocate.  A classically-trained soprano, her repertoire includes Handel’s Messiah, Carmina Burana, La Bohème and Disney’s Beauty and the Beast with groups including Tacoma Opera, Northwest Sinfonietta, Northwest Repertory Singers, Tacoma Concert Band. Her one-woman show “The Ladies of Lyric and Song” has been praised as “an amazing tour-de-force” and been performed across the country.  An acclaimed voice teacher, her students regularly win solo competitions (State Solo/Ensemble, NATS, MTNA, National Arts Awards), and have gone onto success on Broadway, operatic stages and TV, including The Voice and American Idol.  She founded the Tacoma Refugee Choir Project and has conducted the world premiere of Mark Mitchell & Orson Scott Card’s He is There and annual performances of Rob Gardner's Lamb of God.  She speaks nationally and works with Fortune 100 companies and people from all walks of life to find their voice through her business Musically Spoken.  Visit ErinGuinup.com to learn more about Erin! 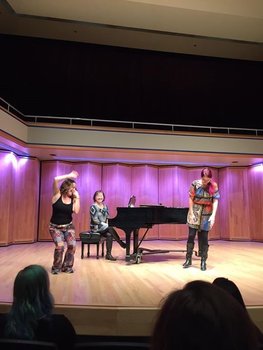 NATS Alaska was honored to work with Sheri Sanders for our 2016 NATS Music Theatre Auditions in October 2016.  Sheri worked with NATS Alaska students on how to "Rock the Audition".  In 2004, Sheri Sanders created an audition class in NYC called "Rock The Audition: A Masterclass in Auditioning for Rock Musicals" – and it became a cult hit. Since then, Sheri has become the world’s preeminent popular music repertoire coach, a Hal Leonard published author, and has taught at more than 55 musical theatre programs all over the country – instructing performers and their professors and coaches to successfully interpret all styles of popular music.

The students and teachers had a groovy time learning about the history of rock/pop music from the 1950's - present and how to perform these songs in a stylistically and historically accurate manner.  The teachers had a nerve-wracking blast singing pop music for each other in the teachers' workshop and the students were challenged to broaden their understanding of the society around them and how history influences music.  We thank Sheri for her awesomeness!

If you would like to learn more about Sheri and her unique program "Rock the Audition" - please visit her website at sheri-sanders.com .  Students, check out Sheri's rock/pop playlists per era on Spotify! Search for "Sheri Sanders".  And don't forget to Like her on Facebook!